The ArgonCube Collaboration has an ongoing research program to develop new detector technologies used in liquid Argon Time Projection Chambers (LArTPCs) . Some of those developments are described below.

To efficiently collect the scintillation light produced when particles interact within the liquid Argon TPC, a large area photon detection system is required. For this purpose, the ArgonCube research program developed two prototypes, shown in the pictures below: The Light Collection Module (left) designed and built at the Joint Institute for Nuclear Research (JINR) in Dubna and the ArCLight detector (right) developed at the Laboratory for High Energy Physics (University of Bern). Both detectors are based on a dielectric light trap (fibers in the Dubna prototype, and a bar in the Bern case) with optically coupled Silicon Photomultipliers (SiPMs) for the light detection. 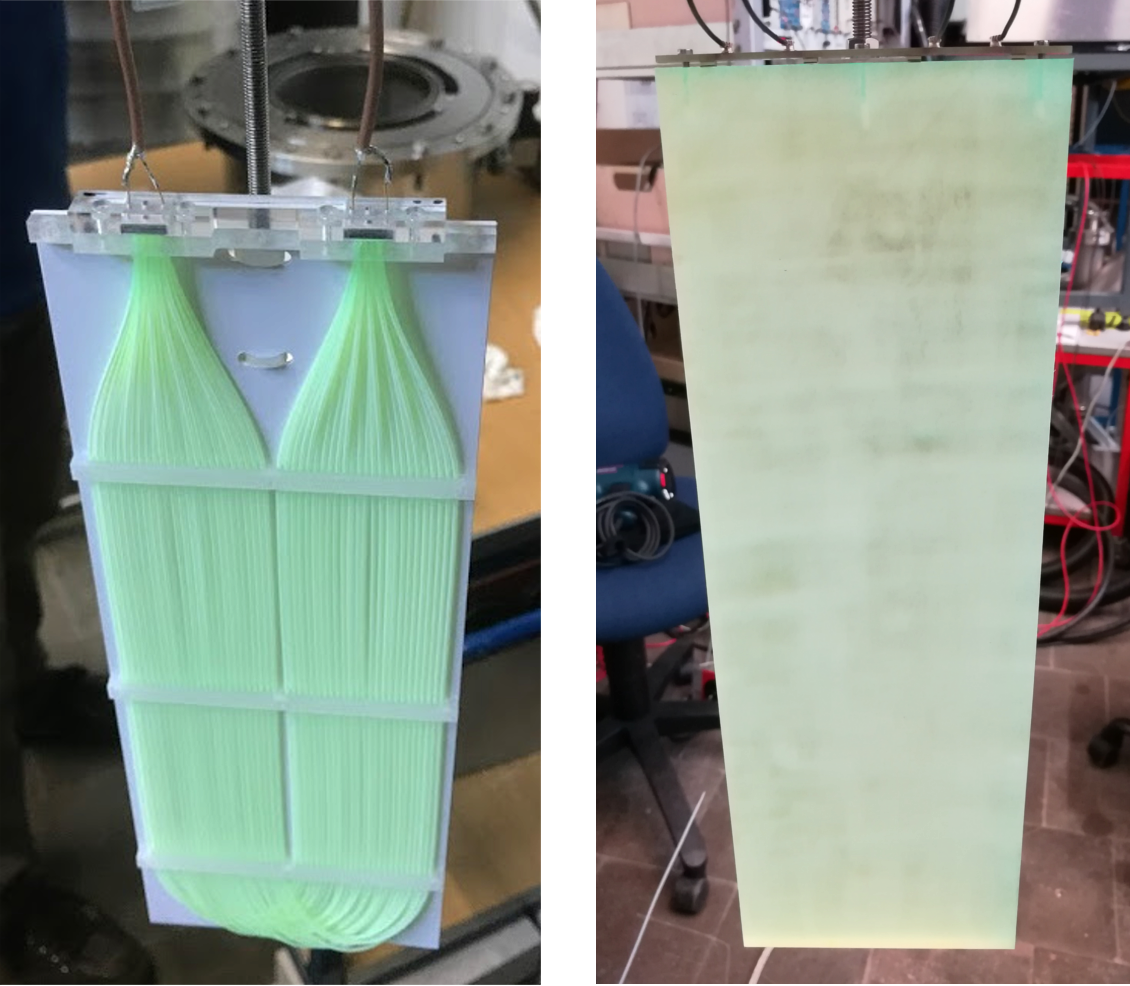 The main difficulty in detecting the liquid Argon scintillation light is its short wavelength of about 128 nm (deep UV), where most photon detector systems have a low quantum efficiency. Therefore, the dielectric light trap (the fibers or the bar) is coated with a thin layer of TPB (Tetraphenyl butadiene). The TPB acts as a wavelength shifter, shifting the UV scintillation light to blue light. The light trap further shifts blue to green light, which efficiently can be detected by commercial photon detectors.

A new technology using a carbon-loaded polyimide foil has been developed for the shaping of the electric field in Time Projection Chambers (TPCs). This technology allows for the minimisation of inactive material near the active volume of the TPC and thus is well suited to reduce background events originated from radioactive decays or scattering on the material itself. Furthermore, the high and continuous electric resistance of the foil limits the power dissipation per unit area and minimizes the risks of damages in the case of an electric field breakdown. The follwoing picture shows a small (15 cm drift length) prototype TPC using bespoken foil for field shaping and as cathode material. This TPC has been exposed to cosmic rays to show the feasibility of the technology. 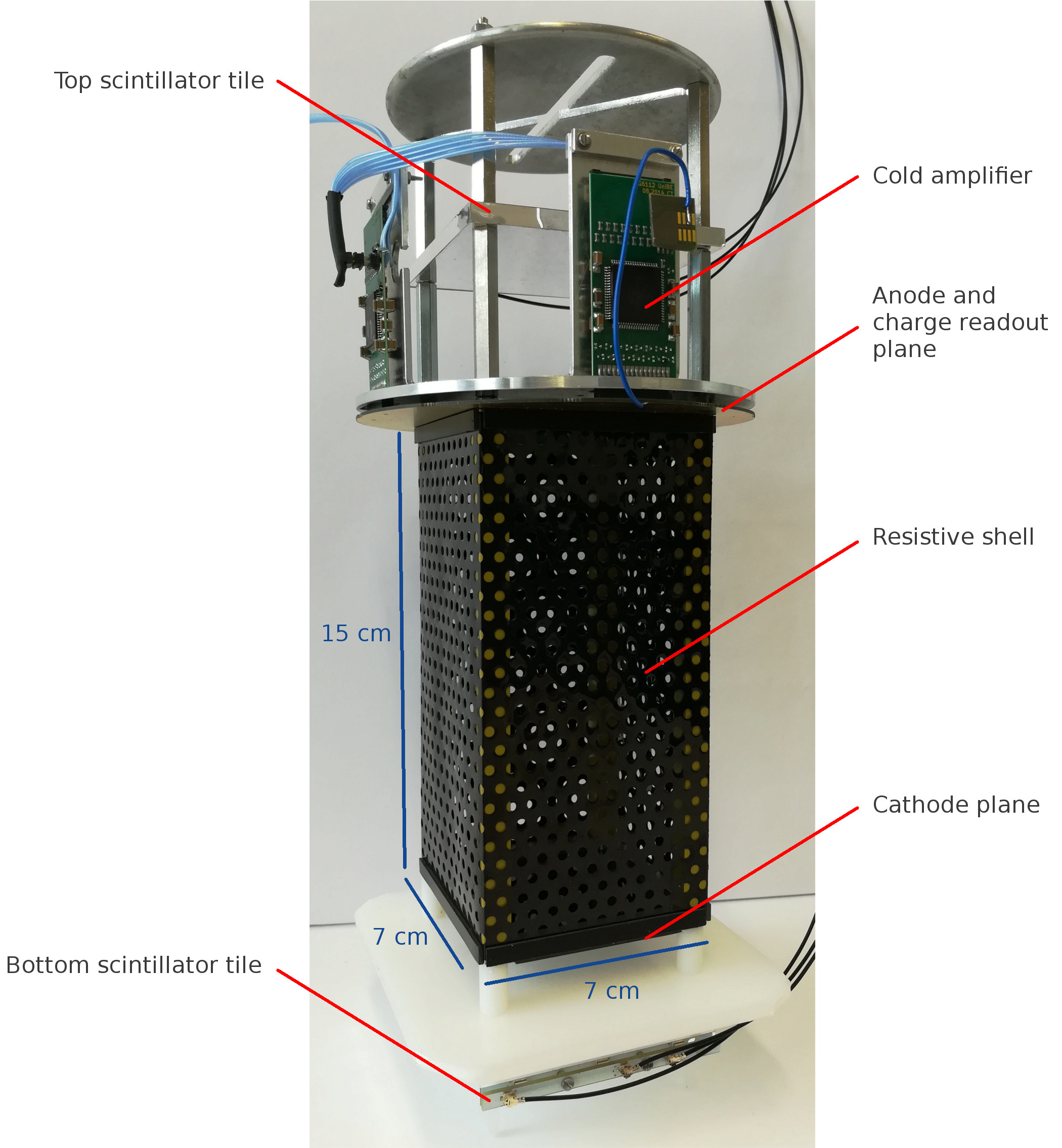